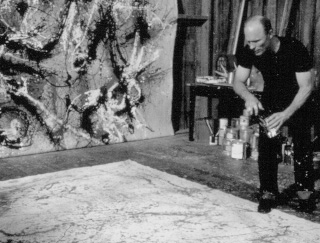 For Golden Artist Colors, involvement in the making of the new film Pollock, which portrays the life of Jackson Pollock, was more than paint manufacturing. Delving into the life of an influential artist as paint formulators presented challenges beyond our usual custom work. Research of both the materials used by Pollock, as well as his techniques and methodologies for painting, were critical to understanding the nature of the custom paints required for the film.

Movie producers and staff artists determined acrylic paints would suit the film’s needs for safety and fast cleanup. Dialogue with Golden Artist Color’s Custom Lab began in March of 1999. Another key requirement was that the paint needed to perform in close-ups like the oils, enamels, and house-paints that Pollock actually used.

In shooting the picture, artists had to recreate paintings done by Jackson Pollock both for prop usage and action shots. The finished paintings made by staff artists were used to surround the sets and studios reconstructed to mimic Pollock’s Long Island studio.

Color matching was only one of the criteria involved in creating paints for the film. The colors needed to be as true as possible to the original paintings. As varied and complete as Golden Artist Color’s palettes are, we needed to develop the majority of colors required for this project. This was primarily due to Pollock’s unique uses of such materials as house- paints and roof coatings as an artist’s material. Pollock was part of a group of artists that borrowed materials from industrial sources for use in fine art. 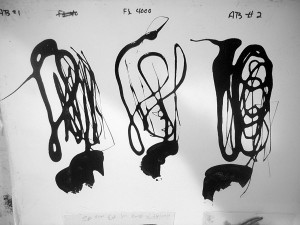 The reflectiveness of the aluminum roof coatings, the many colors of oil and alkyd house-paint and industrial coatings used by Pollock, all needed to be precisely matched in acrylics. We matched several artists’ oil colors also as Pollock used artists’ oils in many of his works in conjunction with the other paint types. Many of the pigments found in the paints used by Pollock are no longer available or are not compatible with acrylics. Alternative pigments were chosen for more problematic colors and many synthetic blends and hues were created to emulate Pollock’s palette in an acrylic paint system.

The need to have materials that would perform like different types of paints Pollock used would prove to be one of the project’s most challenging aspects. The paints needed to be captured on film dripping, drizzling, and splashing onto canvas. Our custom acrylics had to flow and level, spot and stain like Pollock’s oil’s, alkyds and aluminum roof coatings. Formulating a paint system that behaved like the combination of paints used by Pollock in the late 1940’s also required the addition of special thickeners and rheology modifiers. 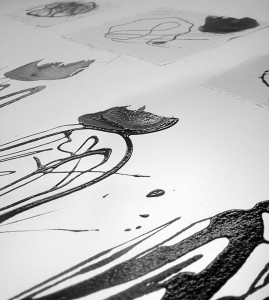 Special treatments of substrates added to the project’s complexity. This required pre-wetting with water, use of Golden Acrylic Flow Release and Golden Gessoes. To recreate stains reminiscent of Pollock’s work in the early 1950’s, Golden Fluid Acrylics with water and Golden Absorbent Ground were used.

This highly involved project is a wonderful and comprehensive example of Golden Artist Colors Custom Lab’s abilities. The opportunity to develop paints to meet exacting criteria is both the specialty and passion of our custom operations.