Home>Artist Resources> People > Is an Artist Without a Computer like a Fish Without a Binary File? or Why Some Artists Avoid Computers 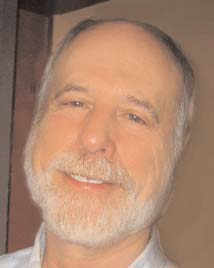 As we all know, there are two sides to every story, and Benny Shaboy — a painter and sculptor who is the founding editor/publisher of studioNOTES — explains why some artists choose to avoid computers as their primary resource for information.

In the early days of personal computers, I decided I didn’t want to get involved with them. I liked the idea of computers fine. In fact, I had some science background and as a kid built a rudimentary version. But I had my artwork to do — mainly assemblage — and I thought computers might distract me. One day my neighbor brought me a couple of older systems he was getting rid of, suggesting I could use some of the parts in my sculptures. I never got around to it because several months later, I plugged one in — just to see. Alas, it turned out that my guess about their attraction was right and I spent the next couple of years ignoring just about everything else, but I learned a lot and don’t regret it. I now spend virtually all of my time using a computer in my self-created day job as the editor and publisher of informational periodicals and books for artists.

In that job, which has involved interviewing and dealing with hundreds of artists, I have discovered some that are not as weak willed or unlucky as I. These few have been able to avoid the infernal machine through sheer will, strength of character, good sense, technophobia or simple lack of funds. Among them are those who believe things should be done by hand. While a machine may be quicker, they say, its results lack spirit, contemplation and a direct connection to a human. Such people would rather walk in the woods than speed down the highway. Or even stop for a while and just look, as Ralph Henry Davies admonished us to do. “What is this life if full of care/We have no time to stand and stare,” he wrote one hundred years ago, by hand.

A few artists have a moral or philosophical objection to computers. I once had a discussion with an artist who wouldn’t use one at all because of what he perceived as their evil. He cited their use as instruments of war — heat seeking computer guided missiles that could sense where a human being was and blow him to smithereens, for instance — and their facility for tracking people’s every movement. “I don’t want to be on a computer,” he said, “or in one.”

Occasionally I hear from artists who don’t have computers only because they don’t have the money. They may, however, have free email accounts such as Yahoo and use computers at public libraries, mainly to send and receive email. They are not opposed to using computers per se, but may have philosophies that bind them to life styles relatively free of possessions or income.

I also know several artists who do have the funds and the time and are not concerned about being distracted, but simply see no need. I guess you could say they are philosophically opposed at some level. Lord Melbourne wasn’t talking about computer use when he said, “If it was not absolutely necessary, it was the foolishest thing ever done,” but these people would agree with him.

Such artists tend to be past middle age and set in their ways or they have their hands full with what they are already doing. When I interviewed William T. Wiley (www.crownpoint.com/artists/wiley) a couple of years ago, he said he didn’t need a computer, although his work is about the world situation. Instead, he prefers to get his material from a progressive radio station — which he calls his landscape — and paints while listening to it. Other artists, both emerging and established, admit to seeing some advantage in using computers, but believe the learning curve makes it not worth the time and trouble.

Finally, there are the technophobes — or at least self-defined technofumblers — who believe themselves, rightly or wrongly, unable to cope in a strange land where the customs involve booting, crashing, burning, ripping, cookies, spam, mice, phishing, illegal operations, forbidden access and fatal errors, just to name a few.

Come to think of it, perhaps they are right. Why would any self-respecting artist want to be involved with something like that?