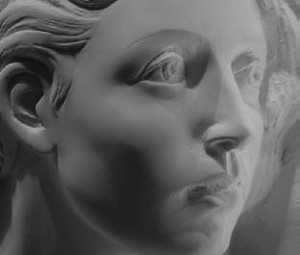 Over the last several years, I have been given the opportunity to be personally involved with an international conference of decorative painters, known as The Salon.

It is an invitation-only gathering of dedicated decorative painters from around the world coming together to exhibit their work and discuss old and new techniques, products, and information in the field. The Salon, which began in 1992 in Belgium with a small gathering of professionals, reconvened in 1996 and has been coming together in growing numbers every year since. The Salon is now recognized as the most important and significant gathering of decorative painters in the world. Because of the uniqueness of this gathering I thought it would be valuable to introduce it to a wider artist community in Just Paint.

Participants of The Salon include teachers from schools as well as those who are independent commercial craftspeople. The Salon is a way for some of the most unique traditions within the field of decorative arts to be shared amongst one another and ultimately, passed onto participants’ students.

The opportunity enhances and extends the level of communication between serious and committed craftsmen.

The Salon is also a way for visitors and the outside public to experience the high quality of work present and meet the real masters of this craft. Ongoing demonstrations and an exhibit hall allow visitors and participants to view works specifically created for The Salon.

The Salon will be held this year in the Netherlands in the old medieval city of Utrecht at the modern painter’s school NIMETO, on March 23rd – 26th. For additional information about The Salon, go to www.salonforever.com.

View all posts by Mark Golden -->