Home>Acrylics > Some Historical Pigments and their Replacements 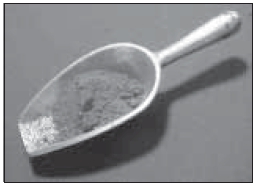 Alizarin Crimson (PR 83:1, ASTM III)
Alizarin Crimson was created in 1868 by the German chemists, Grabe and Lieberman, as a more lightfast substitute to Genuine Rose Madder.  This was accomplished by isolating part of the madder root colorant, 1,2 dihydroxyanthraquinone (Alizarin), from the more fugitive 1,2,4 trihydrozyanthraquinone (Purpurin).  This is historically significant as it represents the first synthetic duplication of a pigment.  Madder dates to before the time of the ancient Greeks.  Pliny the Elder termed it “Rubia”, and it has been found in Egyptian tombs.  Madder came to Europe during the time of the Crusades.  The use of Genuine Madder practically ceased after the introduction of Alizarin.  Lightfastness III, Alizarin Crimson was replaced 90 years later by the Lightfastness I Quinacridones, developed by Struve in 1958.

Asphaltum
Also known as Bitumen, Asphaltum is a solution of asphalt in oil or turpentine, used since prehistoric times as a protective coating. Although Rembrandt used Asphaltum with good success, there is much evidence that other painters’ work did not fare as well, and severe darkening was the result.

Aureolin (PY 40)
Also known as Cobalt Yellow, Aureolin replaced an earlier pigment called Gamboge, which was an Asian yellow gum used until the 19th century. Aureolin was first introduced in 1851. Aureolin (chemically known as Potassium Baltintrite) was popular until the late 19th century, when less expensive, cleaner and more lightfast pigments like the Cadmiums were introduced. Although true Cobalt Yellow can be found, it is generally not in use.

Hooker’s Green (PY 24/PB 27)
The earliest Hooker’s Greens were a blend of Gamboge and Prussian Blue. More lightfast varieties were later created with Aureolin. Modern Hooker’s Green is usually a blend of Phthalo Blue and Cadmium Yellow. There is a pigment, (PG 8) that is sometimes called Hooker’s Green, but this pigment does not offer any significant improvement over blends, as it is (ASTM III) fugitive.

Indian Yellow
Also known as Puree, Peoli, or Gaugoli, True Indian Yellow (euxanthic acid) was produced by heating the urine of cattle fed mango leaves. The process was introduced to India by the Persians as early as the 15th century. Bengal, India was the chief exporter to Europe from the early 19th century until 1908. Local records indicate that the sale of Indian Yellow was prohibited as an act of preventing cruelty to animals, as mango leaves do not have the proper nutrients for cattle.

Malachite
Also known as Mineral Green or Verdeazzuro, Malachite is a pigment that was used by many early civilizations. Derived from native carbonate of copper, it is perhaps the oldest known bright green pigment. Azurite is its blue counterpart. The synthetic variety is called Bremen Green. Malachite fell out of use in the 18th century. The pigment is not permanent, and has a gritty texture.

Manganese Blue (PB 33)
Manganese Blue, or Barium Manganate, has been produced since the 19th century. The synthetic variation was patented in 1935, but neither variety is commonly produced anymore, as the coarse, weak pigment was replaced by more intense blues.

Manganese Violet (PV 16)
Also known as Permanent Violet, Nuremberg Violet or Mineral Violet, Manganese Violet replaced Cobalt Violet in 1890. It is understood to have been first made by E. Leykauf in 1868. It was a cleaner alternative to the Cobalt Violet and was less toxic. It also had better opacity.

Naples Yellow (PY 41)
Also known as Antimony Yellow and Juane Brilliant, Naples Yellow is a lead-based pigment made from Lead Antimoniate. It was produced as early as the 15th century, although it is said to have been found on tiles of ancient Babylonia. The first known formulae date from 1758. 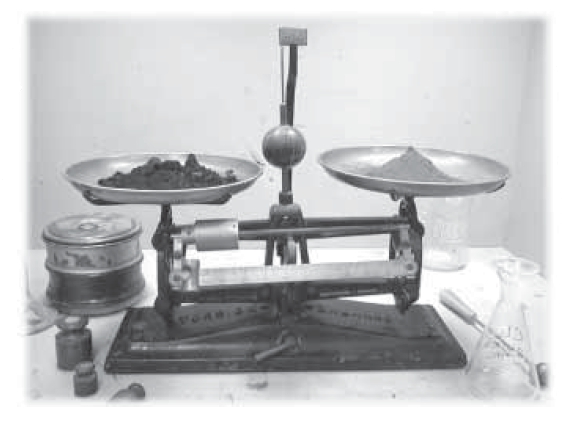 Naphthamide Maroon (PR 171)
Also known as Benzimadazolone Maroon, Naphthamide Maroon was first produced in 1960, along with other Benzimadazolone pigments. Recently discontinued from the GOLDEN palette because the pigment manufacturer halted production as cheaper alternatives became more common place. Promising new alternatives should be available in the near future.

Prussian Blue (PB 27)
Prussian Blue is of significant importance in the art world as it is known to be the first man-made pigment. It was invented accidentally by the Berliner Diesbach in 1704, when he was trying to create a Florentine Lake. Also known as Chinese Blue, Berlin Blue, Paris Blue, Steel Blue, Iron Blue, Bronze Blue, Paste Blue, and Milori Blue. The Milori Blue variety is typically what makes up today’s Prussian Blues. The pigment is alkali sensitive, and therefore cannot be made in an acrylic emulsion.

Sap Green
Sap Green is made from the unripe berries of the Buckthorn. It is highly fugitive, as is another Sap Green, or Iris Green, made from the juice of the Iris Flower. In medieval times it was reduced to a heavy syrup and sold in bladders, not dry pigment form. Modern Oil paints under this name are actually coal tar lakes.

Sepia
Replacing Bistre (a brown made from boiled wood soot) in the 18th century, true Sepia Ink is made from the ink sacs of animals such as the cuttlefish. It is said that the secretions of just one cuttlefish can turn a thousand gallons of water opaque in seconds. Like most naturally derived organic colorants, it is not lightfast. Modern oil paints under this name are typically hues made from Burnt Umber, Van Dyke Brown and Carbon Black.

Smalt
The earliest of the Cobalt pigments, Smalt was artificially made from coarsely ground Cobalt Blue Glass as it becomes very transparent when finely ground. The earliest use was by the ancient Egyptians. It was also used as a glass colorant by Venetian glassblowers until the 17th century when Ultramarine
and Azurite became scarce. The name Cobalt comes to us from the Bohemian Miners who had troubles obtaining the mineral and named it “kobolds”, which was their word for spirits or ghosts, which they
believed inhabited the pigment. Cobaltite and Smaltite were produced from these mines. Smalt was abandoned as Cobalt Blue and Ultramarine became available in the 19th century.

Terre Verte (PG 23)
Green Earth is known by an assortment of names such as Stone Green, Verdetta, and Celadonite. Other names refer to the source of the native iron / magnesium colored clay, such as Bohemian, a high
quality grade of pure green hue. It has been popular for centuries with many cultures. Native Americans also were fond of using Green Earth as a colorant. Since Medieval times it has been used as an underpainting color for flesh tones in portraits.

Viridian Green (PG 18)
Viridian Green was discovered in 1797 by Vauquelin, but wasn’t developed into the modern color until 1838 in Paris. It immediately replaced a fugitive color known as Emerald Green, but was called Emerald Green, Vert Emeraude, Celedon Green, Pannetier’s Green, Guignet’s Green, and even Transparent Oxide of Chromium until it became widely known as Viridian. Hydrated Chromium Hydroxide is a difficult pigment to formulate in acrylic emulsions, and although GOLDEN has made many attempts to do so, it appears unlikely that true Viridian will remain part of our palette.

Vermilion (PR 106)
Vermilion is a toxic pigment made from Mercuric Sulfide. This naturally occurring ore is the source for Mercury, and was ground up as a pigment for centuries and termed Cinnibar or Zinnober. Early cultures of the Greeks, Romans and Chinese created Cinnibar artificially for centuries, as early as 6th century B.C., but it wasn’t until the 15th century that it was termed Vermilion. Direct sunlight causes it to darken substantially, and it was quickly replaced by the Cadmium Reds upon their arrival.

13 thoughts on “Some Historical Pigments and their Replacements”